The day started early as our driver Julius, our director Wachira and I picked up our client (Ines) from the hotel around 6.15 am. We headed straight to the Nairobi National Park; and arrived at the park gate at 6.30am. There was a long queue at the payment office but processing was swift and we were in the park by 6:45 am.

We began with a slow drive through the forest where we had a great close-up sighting of a Suni foraging on the forest floor. We went next to the Ivory Burning Site where three Kenyan Presidents have burned ivory to show the fight against poaching in Kenya. We had a small discussion on why it is important to stopping poaching. Then we proceeded to Nagolomon Dam where we birded for around 10 minute; while also watching Nile Hippos in the water and some Cape Buffalos nearby. Then we continued to the savannah grassland where we were lucky to see two Silver-backed Jackals, several Kongoni, Bohor Reedbucks and Common Impalas; as we proceeded to Hyena Dam.

Here we also enjoyed water birds and also had a nice Nile Crocodile on the edges of the dam. We proceeded back to the open savannah as we got deeper in the park where we came across a group of Common Ostriches on a feeding expedition.We headed to Mokoyeti Picnic Site where we relaxed at the view of the Hyrax Cliffs. Here we were lucky to see the Bush Hyrax and a stunning Maasai Giraffe. Soon we proceeded to the gate enjoying some more Common Impalas, Common Warthogs and Common Zebras. Before we exited the park, at the rightly named Lion Corner, we saw two beautiful female African Lions.

It was time to exit the park and we headed straight to the David Sheldrick Elephant Orphanage where we arrived before 11am waiting to watch the feeding of orphan baby Savannah Elephants. Here we also listened to an engaging talk on the circumstances that led to them be orphans; and how one can adopt the baby elephant to help in their raising them. Our client was touched by the story of one specific elephant; which she adopted, by the name of Mbegu. 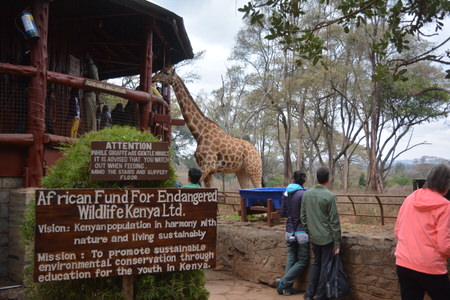 After enjoying giraffes, we continued on our safari to the Karen Blixen Museum where we enjoyed learning how the museum came to exist and how special the museum is- due to the history of Karen. Our client was also happy to watch the wedding dance which was on the garden behind the museum- a nice bonus to the trip. Then we walked through the Nature Trail where we visited the coffee machines used during the farming of coffee on Karen’s land. 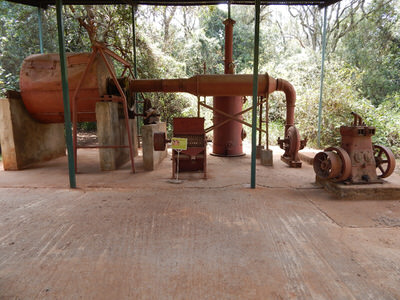 After a long and exciting day, we returned to the hotel at 5:00pm. We were all very happy to have recorded such a huge list of birds, mammals, plants, historical sites and much more.
Here at Cisticola Tours, we look forward to sharing many more memorable bird-watching and wildlife experiences; with our clients in the incredible Nairobi National Park and other parts of the Nairobi City Ultimate Experience Tour.